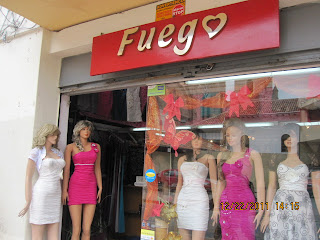 You will not have any problems finding clothes in Cuenca. There are more clothing and Jewelry shops in El Centro than we've ever seen for the size of what Cuenca is. Cuenca is just a bit shy of half a million people. Here's some snapshots of a few retail clothing shops that we took today as we were walking around downtown. There are sales all over the place because of the Christmas season. 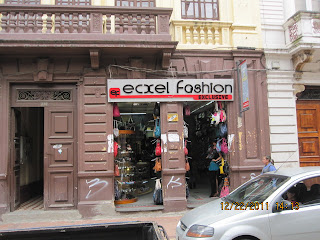 Cuenca is in the Andes mountains so much of the clothing is sweaters, pants, jeans, jackets, hoodies, and long sleeve shirts. Although we have seen swimming suits and shorts for sell, probably for the warmer coastal regions. 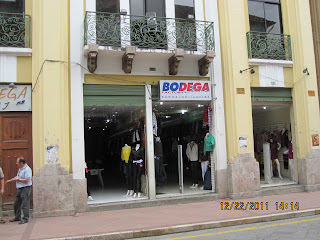 Most of these Clothing shops were on Gran Columbia 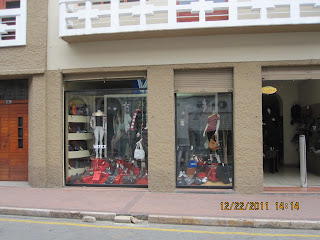 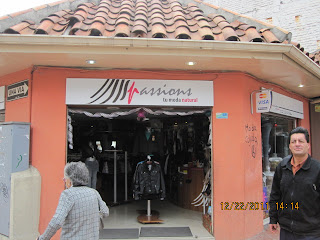 They like leather jackets here. The people of Cuenca like to dress nice and many of them wear fashionable clothing. 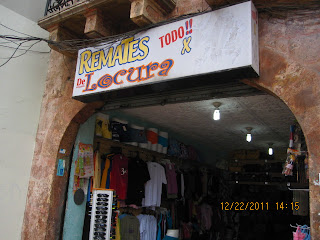 They also have a lot of shoe stores downtown. Here's one that you will recognize. 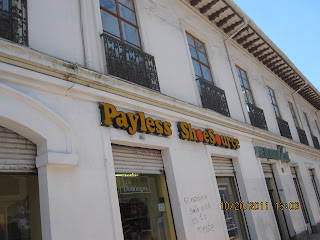 Here's Mrs Clause passing out pamphlets to the clothing store she is standing next to. 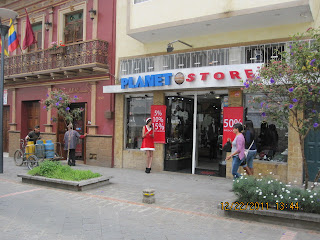 It was flooded with shoppers in downtown Cuenca today. Here they are gathering around Christmas wrapping paper for sale at "Tia". 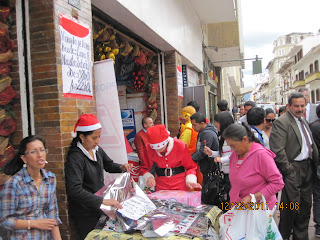 Across the street from Park Calderon central park of Cuenca)there were vendors under tents selling EVERYTHING relating to Christmas. They really love the Christmas season in Ecuador! 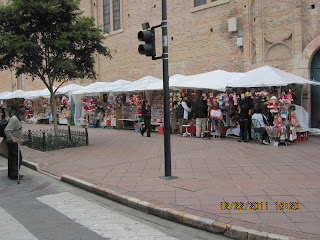 Here's another area in Cuenca with more vendors. Here they are selling their artistic creations. 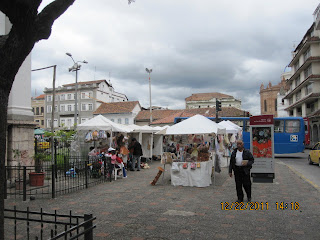