Is it cheaper to live in Pennsylvania or Cuenca? 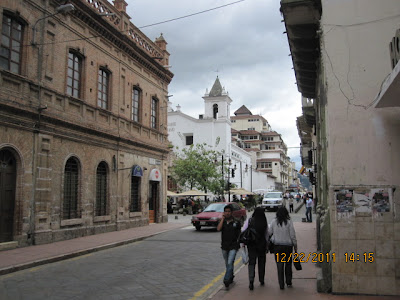 Someone posted a comment on one of our You Tube Videos saying that it was cheaper for them to live in Pennsylvania than live in Cuenca. Here’s her comment.

I'm married to an Ecuadorian, and we are probably going to end up there, but as far as cheap, it's cheaper to retire in central Pennsylvania. Homes are cheaper, no tax on retirement, etc.

And then just yesterday we read where someone posted on a forum saying they had to leave Cuenca and move back to Indiana because they couldn’t make ends meet here?

This is not the first time we have read something like this from people, nor will it be the last. About three months ago someone was saying that it was cheaper to buy a house in Las Vegas than in Cuenca. For some reason its fun for people to compare U.S cities with Cuenca Ecuador. But it’s like comparing kiwis with mangos, two totally different kinds of fruit.

Is it cheaper to live in some U.S states than in Cuenca? Absolutely not! Food, rents, taxes, utilities, and medical and dental are much more affordable in Ecuador than in many other places in the world.

But even with that said, every individual, couple, or family has their own circumstances that determine the ideal place for them to live.  Cuenca may or may not be that place—this is why it takes careful planning and due diligent research according to YOUR circumstances BEFORE you come here.

If a couple or family is coming here without a plan and they have no retirement income, they may not be able to make it here—it really depends on how you want to live and what you want to do when you get here. Everybody’s situation is different. Some things can be risky, such as relying on a social security pension, since these pensions become smaller and smaller as the years go by and can change without a moment’s notice

It is true that in Las Vegas, Pennsylvania, Indiana, and in many other major U.S locations real estate is a bargain right now. But that certainly does not mean it is cheaper to live there than here. What it means is you can buy more house for your money there right now than in Cuenca, maybe.

It could be cheaper to live in the U.S over Ecuador if you grew all of your own food, didn’t drive a car, owned your own self sufficiency home with alternative energy, and took care of your own physical and emotional health to reduce visits to the doctor.

Even though Cuenca’s property prices have risen about 20% percent  you can still find a diamond in the rough if you know where to look and how to negotiate a price that is fair to both parties—that means not letting yourself get gringoed.

The cost of living in Cuenca, at least at this time, and AFTER you have set up your home with furniture and appliances is far more affordable on the budget than most U.S cities.

The truth is anyone can live anywhere in the world quite frugally when they put their resourcefulness to work, have the right attitude, and the willingness to work the self sufficient lifestyle.

Does anyone think the reason we’re seeing these comments about U.S cities being  cheaper than Cuenca might be that people are reading about how cheap a place is to live somewhere and then, without doing their own diligent research, jet on down to the place without a care in the world?  Could this be the biggest reason “why” some people move back to where they came from?

Even with higher property taxes and higher utility bills, for committed self sufficient living, and if you don’t mind snowy winters, Pittsburgh Pennsylvania just may be cheaper than Cuenca Ecuador after all.  We looked into Pittsburgh Pennsylvania before coming to Cuenca.  Pittsburgh has a lot going for it.  It all depends on who you talk to…but as a lot of us know, there’s more to life than just cost of living…comments?...