Update 2016: We thought we'd be a bit light hearted today...too much somber and sad news lately about Ecuador. Updates in red text.


I remember very clearly what my mom said when I called her five years ago and told her we were moving to Ecuador. But first, I have to tell you mom lives in the NW and at the time, I lived is the SE USA and so we were almost further apart, distance-wise, then we are now. we saw each other about every three years if we were blessed enough.

There was total silence on the other end for what seemed like forever. "Hello mom, are you there?"

Finally she says, "I thought you said you were moving to Panama".

"Then you're going to be even further from me!".

Most people after telling them you're moving outside of the united states act like you're falling off the face of the earth, never to see or talk with them ever again.

It can be amusing how people respond when you tell them you’re moving to a third world country. Everyone will react differently depending on how they are associated with you.

Family, especially parents will appear in shock and then sad. And because of this initial reaction they may get negative about your move.  They may try and talk you out of moving. It can be difficult to leave especially if you were close.

Adult children, if you live in the same city or at least close by, may feel as if you are abandoning them, even if they themselves are married and have their own families. Of course they would never admit such a thing.

Even if you have lived thousands of miles away for years from your parents or adult children and you tell them you’re moving to Ecuador, they will react shocked and sad. It’s because they are shocked and sad that you are moving away from the U.S! The mental connection was that you at least all lived in the same country.

Remind your family that they will still get your emails and your phone calls.  Everyone in the family should install SKYPE and know how to use it before you move.

Friends will appear happy and excited for you but will feel left out and a bit jealous that you’re more adventurous than they. Friends will be inquisitive perhaps because they too may want to do what you’re doing.  Or perhaps because they just find it curious.   As soon as they get a chance they’ll get on the computer and do their own research about living and retiring in Ecuador. heheheh.

Parents and adult children will feel the saddest and the most apprehensive about your move. Lots of questions, worries and concerns will run through their head. There is a fear they may never see you again.  Part of that fear is brought on by TV and news. Developing countries are usually depicted in a bad way in Hollywood movies...when in actuality they aren't, as a whole, necessarily like that, even though there may be some accuracy.

To help ease some of these concerns let your family know you are not leaving them behind but that you are moving on into a new chapter in your life. Let them know that they, if they so choose, can also make such a move to whatever city you have chosen in Ecuador, so you can all be together. If they don’t want to move to Ecuador, reassure them that you are going to visit them if and when money permits.

Here are 16 things that were brought up. If you have gotten a different response from your family or friends when you told them you were moving to Ecuador, let us know in the comments section…we’d love to hear about it. 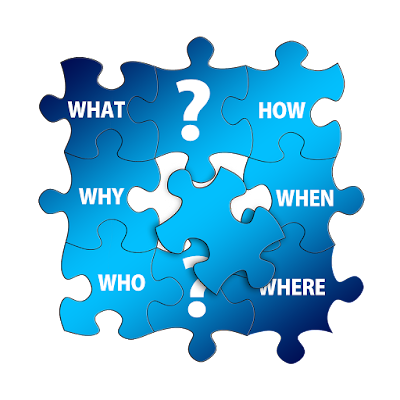 It's true, the movies exaggerate, but there is some truth in the middle of the make believe. Remember the show "prison break"? The setting was shot in Panama and mostly in Panama City. They depicted Panama as being really third worldish and with really bad guys running around all over the place toting guns and knives out in the open in broad daylight...they even had a few episodes with a shootout in a popular Panama City square and there were no police to speak of. Well hate to spoil the show but they're not doing it during the day, they're doing it at night! (wink)

To end this post, here's a five memorable questions friends and family have said to us since living in Ecuador.

Until we write again or post another video, which of course will be soon, enjoy these other light hearted articles. Take care friends.

We're an expat family of five living frugal, healthy and happy in Cuenca Ecuador. We vlog about our life experiences and observations in Ecuador, which brings you the real nitty-gritty of life abroad. Come along with us on some of our adventures!
Posted by Discover Cuenca Ecuador at Friday, April 22, 2016