Does Cuenca Have Chemtrails?

Does Cuenca have chemtrails? We would like to say there are no chemtrails in Cuenca; we personally have not seen any. The clouds in the sky will prevent you from seeing chemtrails. However, even on clear days we have not seen them, but then again we were not looking for them either. 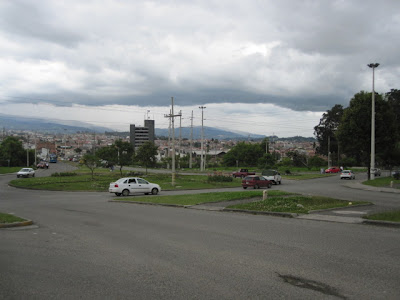 What Are Chemtrails?
Contrails (condensation trails) or what some refer to as chemtrails (chemical trails) are toxic fumes emitted from commercial jets, especially during takeoff. When an airplanes engine is emitting, hot and moist air into the colder atmosphere, the end result is condensation. It is much like when you walk outside into the freezing air and you can see your breath.

The water steam coming out of the plane’s engine condenses into water vapors and then forms ice crystals. It is these ice crystals that form the contrails that you see. However, it has been reported that these jet fumes consists of more than just water and steam. These trails also emit by-products of engine exhaust, just like an automobile would, but much more powerful than a tiny automobile.

These jet fumes consist of carbon dioxide, nitrogen oxides, sulfate particles and soot, which can do potential damage to the environment over time. Now we have what is known as chemtrails or chemical trails.

If there are small jets taking off from the Cuenca airport there are probably some chemical emissions coming from the engine which will produce a trail of chemical exhaust and condensation in the sky. Common sense dictates that as long as there are planes in the sky there will be some chemtrails; as long as there are cars on the roads they will emit some exhaust fumes.
The smaller jets that come in and out of Cuenca however, do not produce as much chemical exhaust as the larger (twice and three times as big) jets that takeoff out of big cities in the US. This could be the reason why we have not noticed any trails of condensation in the sky of the Andes.
PS…During our research for this article we came upon a video that shows a chemtrail in the sky over the city of Vilcambama. Here’s the video link. http://youtu.be/Nh_2MHAShGc
On another note: There are some conspiracy theorists that think the US government is purposely spraying poisonous chemicals out of the sky to kill off the population. We do not have anything to say about that. This is something else altogether.
Is the Ecuadorian government spraying dangerous chemicals out of airplanes on the population? A BIG FAT Emphatic NO! Not in Cuenca, it is way too cloudy for airplanes to be joy-riding, spewing chemicals down on Ecuador, and like we said, when we can see the sky, we don’t see the long trails of condensation and engine exhaust overhead like we did in the US.
And anyway, if they were doing that it is likely that the indigenous population would be protesting about that too. We can thank the indigenous population for a lot of good that is happening in Ecuador. Thank you, thank you, and thank you indigenous folks of Ecuador!

UPDATE 2014 - ...still no chemtrails spewing down on Cuenca to our knowledge.
Sources for this article
HowStuffWorks.com
Wikipedia.com
Posted by Discover Cuenca Ecuador at Tuesday, August 21, 2012
Email ThisBlogThis!Share to TwitterShare to FacebookShare to Pinterest