Is Ecuador STILL Free of Genetically Modified Foods (GMO), At Least on Paper…Updated 2018

We fist published this article on August 8, 2012 and today we bring you the companion video to go with the updated 2018 article. We have a lot of new information about Ecuador and genetically modified food (GMO) in this video,

Ecuador has a lot going for it. It is a country that does not allow the growth of genetically engineered seeds and does not allow imports of genetically modified grains such as corn and soybeans, at least on paper. Article 401 of the 2008 Constitution declares Ecuador free of transgenic crops and seeds. 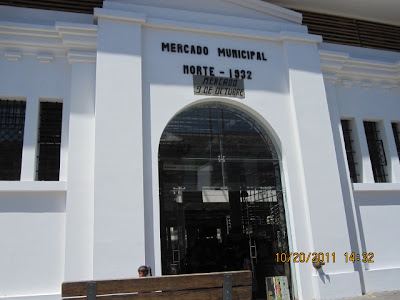 In April 2006, Ecuador enacted the Food and Nutrition Security law that invokes the precautionary principle and calls for prohibitions on the use, handling, trade or importation of any food products that are, or contain, genetically engineered organisms (GEOs).

Unfortunately, because Ecuador is not 100% self sufficient in its production of corn, soybean meal and soybean oil for industrial uses, i.e. animal feed and other food processing, it imports between 30% and 85% of these from the United States, Brazil and Argentina. And guess what, some or all of it is biotech modified. This is a very large amount of modified commodities entering Ecuador.


Update 2018: People want to know: Are GMO Foods good or bad for you? The common sense answer to that is this. Taking a seed or or a piece of fruit and injecting or breeding an unknown DNA molecule into it will either kill the seed or turn it into something it was never meant to be in the first place. And that's exactly what's happening with cross bred food and seeds.

Then people continuously eat these Genetically Modified foods that were not meant for their bodies (God created our bodies and knew already just the right amount of proteins and other substances that would feed us well in the natural pure seed that, if left untouched will continue to bear fruit). Unfortunately, big corp is behaving like God and creating mutant foods that are destroying our health!

There is a lot of case studies that show GMO food is poison to our bodies. We're killing ourselves by being complacent about what we put into our own bodies and letting other people control what we eat! Many people are getting sick and diseased from GMO Foods.

These bio engineered crops are entering Ecuador because of the push from big industries within those countries, but mostly corporation in the U.S. You can thank your northern neighbors for that. But also from local Ecuadorian big industries that desire the perceived benefits from the use of such modified crops. According to the report.

If there is any organized resistance against this we can give a BIG thank you to the indigenous population for it—they continually protest against the importation of modified grains, beets, soybeans, etc, from being brought into Ecuador. They don’t want to become dependent on big foreign corps for their supply, can you blame them?

We all know the GMO foods to avoid (corn, soy, sugar beets, etc) but did you know GMO corn for instance is in oils, breakfast cereals and other processed food products? GMO is in many processed foods in one form or another in the U.S and now their pushing the Ecuadorian government to do the same. Much of the clean food in USA probably comes from Ecuador and Mexico!

When you get a chance and you visit Cuenca or anywhere in Ecuador, notice the color of the corn. Corn here is usually heirloom maize/corn they have been growing for centuries, handed down from generations. It is not perfect looking yellow corn like you see in the US. The corn grown here may even have a few tiny imperfections; it is always white or cream in color and it is beautiful and healthy—it is REAL corn! At least for now...
-----
The National Assembly’s Intercultural Council on Food Sovereignty has just submitted the Agri-Biodiversity Bill that will start being debated by the National Assembly’s Commission on Food Sovereignty in mid July. The law could be finalized by November 2012.

The draft bill proposes the creation of The National System for Ecuador Free of Transgenic Crops and Seeds, entity that will coordinate with customs and border controls, ports and airports, to provide logistical and operational mechanisms needed to prevent entry to the country of transgenic crops and seeds. The bill has very serious criminal offenses: a) To have, exchange, produce, market genetically modified seeds and crops; b) To import or export genetically modified seeds and crops. Those who engage in these activities either by action or omission will be punished with a fine equivalent to 2,000 times Ecuador’s mandatory monthly wage ($292) and the offender will be subject to civil or criminal action as appropriate. SECTION IV.

Update 2018:  In June 2017 the Ecuador National Assembly changed the food sovereignty bill to permit imports of GMO for field study and research purposes. But as we all know, that's just the beginning of something terrible to happen next with the growing and cross-breeding of the seeds in Ecuador until Ecuador is selling GMO foods in the local grocery stores just like the rest of the world, except for Russia and a few other smart countries.
---
GMO Food vs. Organic
For now, most of the raw food you are eating is natural and safe for you and your family here in Ecuador. Practically no food is safe to eat in the US anymore, unless you grow your own and you know where the seeds came from, such as heirloom seeds. Here, at least the locally grown food is safe. If you leave out the meats raised on this GM feed, and soybean oil, for now.

Remember, keep those heirloom seeds and freeze them for preservation. Some day you will want to give them to your loved ones for gifts because it looks like they're going to need them.

If you live in the USA your best bet is to only buy organic foods if possible, which cannot be altered genetically because folks, seriously, GMO foods are toxic!  If you're still not sure, we highly recommend you do your own research, don't take our research for it, read all about the GMO foods dangers.

Update 2018: As we write this Ecuador has passed new seed laws allowing the exportation of GM seeds for research purposes (only) which tells us is the beginning of genetically modified foods showing up in the grocery stores of Ecuador in the coming years, unfortunately.


Guys, this is why we said..."at least on paper" because we know that laws change here in a twinkle of an eye and without doing anything to the written law (Ecuador Constitution).

We're saddened and disappointed about this because we care about our health and health of our grandchildren who live here. What can we do?

Here's what everyone who cares about NOT INGESTING GMOs can do...sign the Seed Freedom Declaration. Doing research I came across this from Ecuadorian farmer's (Campesinos) protesting of GM seeds in Ecuador.  If you care about clean, natural food, go to the website and sign it please. This doesn't just effect Ecuador but people everywhere in the world!
http://seedfreedom.info/declaration-on-seed-freedom/

Again, unfortunately, according to the above report, the big money is busy trying to “educate” Ecuadorians in universities and other institutions on the “benefits” of biotech engineered crops. These laws were designed to protect the public from the very same big corps that are importing huge amount of modified crops into Ecuador every single month, in contrast to the Ecuadorian constitution.

We’re not talking about some guy on a plane with a couple of packets of seeds, although everyone has a responsibility to be within the letter of the law. The spirit of the law is to protect the health of the public, nature, and economic agricultural independence of the people.

I have to chuckle when I see a post on a forum from someone with a holier than thou attitude telling people not to bring seeds in because it’s “illegal”. While this appears to be a good idea on the surface,  heirloom, non hybrid, non biotech non modified seeds are not prohibited anywhere in the law. You can’t keep a bird from eating seeds and then flying across imaginary borders and then depositing those seeds as bird manure, can you? That’s nature.

GMO is not in Ecuador's Food, Yet!

If you want to keep Ecuador clean, get involved in the education of the Ecuadorians on the problems of not enforcing good laws that are already on the books. These laws are designed to protect the public, nature, health, and keep us all from dependency and having to trust big corps for clean food. We don’t all have time for that, but we can vote with our wallets.

UPDATE November 2014: The Ecuador Constitution seems to be amended frequently and with ease, just by twisting a few arms of men in power. Can and will ARTICLE 401 of the Constitution "No "GMO in Ecuador" be amended too some day? Just something to think about.

If you liked this article, you might find these interesting too!
Sources