Is it Safer to live in the Gringo / Expat Areas of Cuenca? 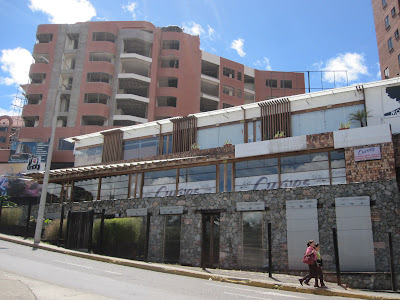 In nature, animals avoid becoming prey by blending in to their surroundings. How far do they take it? As you may know from the old Animal Kingdom shows, some animals go as far as changing their color, their texture, to blend in, and they bury themselves under sand, they camouflage themselves as sticks, etc. etc. and they usually will hang alone.

When you look at animals that go together in packs, such as antelope or deer etc. or even school of fish, you will note that their predators always go to that location, because they know it’s fertile territory. The lion knows his chances of getting at least one of the weaker antelope is much higher stalking a pack then trying to find one single antelope. Similarly, whales will go after a school of fish, because it’s much easier and a more bountiful meal going after the whole school than just a single fish.

Hanging Out in the Gringo Pack, Safe?

So then, how is it that gringos think they’re safer by hanging out in the gringo pack, school, neighborhood. It makes me wonder how some can refer to man/woman as animals. If we were animals, it would just come natural to us to do as the others and camouflage i.e. blend in. But instead, we go for the “feeling” of security.

From what we’ve seen, and keep seeing, gringos would rather live in a gringo pack, school, neighborhood, than blend in by:

Instead, they want to believe all they have to do is live in a gringo school, err, I mean building. Is it any wonder why such crimes as what happened to that woman walking alone on the trail in broad daylight happen? See our post about this robbery /stabbing here.

A friendly commenter on this blog once asserted that the reason we were safe is because we travel around in a family pack. This assertion proved unfounded when we were threatened of bodily harm while walking as a family, where else? In the gringo neighborhood! This never happened in any other part of town, and hasn’t happened since, because we don’t hang out there. And we don’t always travel in a family pack either…see our Bahia de Carequez and Salinas videos.

At this time (2012) the crime in Cuenca is personal armed robberies (knives) of gringos walking around, either alone, or wearing flashy jewelry, or simply not being aware of what is going on around them. One of the worst areas for robberies is in a “very gringo area” of downtown around the steps of the river and all along Calle Larga, as reported by the local Spanish periodical last year. This area has a highly concentrated population of tourist expats because of all the hostels and gringo bars and restaurants.

Cuenca only has a few areas where you would not want to live, and those areas are: Feria Libre and the Terminal Terreste (bus station). You also want to be careful when walking around in these areas, even during the day. Some local friends told us the rivers at night along the walking trails are also unsafe. We recommend having a walking / jogging buddy with you when walking along the trails by the river, no matter what time of day it is.

As far as neighborhoods go, they all are the same. There is really no run-down areas of Cuenca where people live in dilapidated huts or fallen down homes. Everyone lives in cement or brick homes or building. All homes are behind tall iron gates or cement walls and most homes have alarm systems.

We Feel Safe Living in an Ecuadorian Neighborhood

The petty crime that Cuenca has follows the gringos and where they live. Reports say that it is the gringos that are targeted and robbed so how much safer is it really to live where all the gringos live and congregate?

Women walking alone will be targeted eventually as “being alone”. A thief with a knife will not think twice about cutting her up for her jewelry or cash. We advise women to NEVER walk alone in Ecuador; take a taxi to and from your destination.

If you think crime will not happen to you just because you live where all the expats live, you might be sweeping the crime under the rug and one day when you feel safe and your vulnerability is down you’ll get robbed. 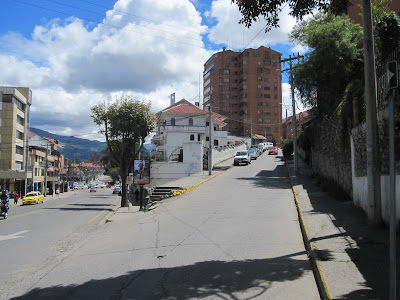 Robberies of persons are on the rise in Cuenca because there are more and more gringos coming here. It is up to the gringo to not be a victim of crime by not putting yourself out there as a target of crime in the first place. We've noticed that the two local Spanish Newspapers are not reporting crimes of gringos. Your guess is as good as ours.

UPDATE: August 2014. We believe that personal robberies like snatch and grabs and pick pockets are slowing down in Cuenca, thanks to the many police that are taking a more proactive approach. However, this does not mean in any way to become lax in your awareness when in Cuenca.

Bottom line: is it safer living in an expat/gringo area of cuenca? Our opinion? Possibly, but not necessarily! We take all the precautions mentioned above and more.

For more help blending in, living like a local, avoiding trouble, and saving money in Ecuador see our latest edition of the DIY Cuenca Landing Guide. because you might not want to become a hermit and stay locked up in your condo 24/7.

Posted by Discover Cuenca Ecuador at Wednesday, August 15, 2012
Email ThisBlogThis!Share to TwitterShare to FacebookShare to Pinterest