Salinas Ecuador: Beautiful and Great Weather but Is It Over-Rated 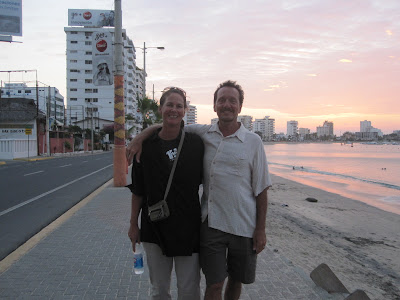 We spent a full month in Salinas. We did not see any rentals off the beaten track even listed. We checked out several rentals one and two rows back from the Malecon and they were listed at tourist prices and they were all furnished. Salinas is geared to the tourist who wants to rent a condo for $1000 or more a month or buy over-priced property on or very near the Malecon.


We liked Salinas, the weather was great and it was a pleasant vacation, but apart from that we would never want to live there simply because of the huge disparity between the tourist area and one and two streets back where the locals live. Some people may not mind living in a high rise condo and then walking one block back from their condo to the local grocery store (only one in the area) and seeing garbage all over the streets and poverty all around you.  The locals can be sitting in their home with no running water or electricity and see the condos on the Malecon .  It just doesn’t feel right for us.

It is not like that in Cuenca; Cuenca is about the same no matter where you live; east side, west side, north side, or south side; it is very clean and well-kept in all areas of Cuenca and we've been all over the place. In Cuenca poverty is not staring you in the face. Its here, but it's not as pronounced as it is at some of the coastal areas of Ecuador.

On another note, talking about “perfect weather”. Aaaaah Salinas had perfect weather! It was low to mid 80’s for the high and low 70’s for the low. It was a bit dry, never rained the whole month we were there, not good for gardens.

We did a lot of walking off the beaten track in Salinas and there were some nice areas (not on the beach) but no rentals were available, not like you see here in Cuenca.  Here in Cuenca you can walk around anywhere within the city and see "arrienda" listed on homes and apartments, but we didn't see much of that in Salinas, except for the first and second street back from the Malecon, but like we said, Salinas has been discovered and you over pay for rents and real estate even two streets back just because it is geared to the tourist.

Posted by Discover Cuenca Ecuador at Friday, August 10, 2012
Email ThisBlogThis!Share to TwitterShare to FacebookShare to Pinterest