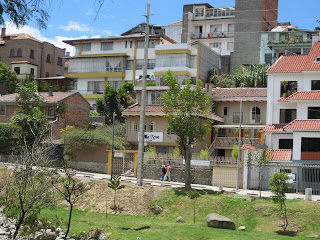 In putting together the index, now in its 22nd year, InternationalLiving.com’s editors collated data from its team of experts on the ground in the most popular countries among U.S. and Canadian expat retirees.

Editors assessed factors ranging from the price of groceries and average temperature to utility costs and the friendliness of locals.

The information was then used to score each of the top countries out of 100 in categories such as “Real Estate,” “Climate,” “Special Benefits for Retirees” and “Health Care.”

Ecuador scored well over a number of categories, including “Climate,” “Real Estate” and “Special Benefits,” which examined the range of discounts and perks various governments roll out for retirees.

“Ecuador is the complete package,” said Ecuador resident and InternationalLiving.com editor Dan Prescher. “From its varied climate to the friendliness of the Ecuadorian people, it exceeds even the loftiest of expectations.”

As a result, InternationalLiving.com’s researchers were able to find American expats living comfortably in Ecuador on less than $900 per month (if you include rent, a full monthly budget of $1,400 would be reasonable).

“Ecuador is inexpensive for everyone, but especially so for retirees,” added Prescher. He continued, “Seniors resident in Ecuador qualify for half-price entertainment and local transport, discounted airfares, and refunds of sales tax.”

Panama, with its excellent pensionado incentive program for retirees, came in second place in the 2013 Retirement Index, while Malaysia rounded out the top three.