Should You Move to Ecuador to Live in Luxury? 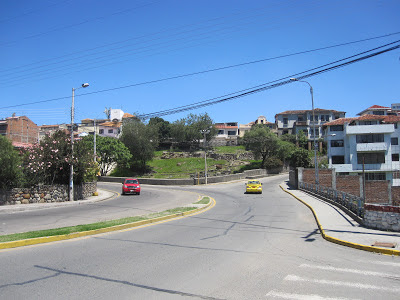 With all the hubbub on the net about how one can live in Ecuador and Cuenca for $800 to $2000 a month (so which is it?) I can see how some folks would reason: "Hey if you can live on that, then honey, we could probably live in LUXURY on twice that much or a little more."

The ‘problem’ with that idea is that you’re not the only one that has thought of that. We’ve heard of people living on $4600 a month in Cuenca!!

And as a parallel example, if you’ve ever participated in an online auction of any kind, then you know that when there are too many other bidders that will pay more, the price spirals out of control.

On top of that, the early bidders know even as the price goes higher and higher, that the item is over bid! It’s just not worth that much. But try telling that to the late bidders who have decided that they want it and must have it!

Following the above reasoning, “honey, that $600-$800 apartment or house must be – luxury living”. Boy are you in for a big surprise. Those places are no more luxury than they were just a short time ago when they were going for $300-$500.

I vote for a ‘reverse bidding’ process. We all show up and each one of us offers lower and lower rental prices. Wouldn’t that be fun? (We're already doing it, will you help us?)  Farfetched you say? What do you think is happening when a bubble pops?

“Why do so many gringos leave Cuenca?” Asked the latest taxi driver. Our regular readers know we have a few ‘insider’ conversations with taxi drivers—like this one.

“Oh, you know, they probably believed the Media Hype, and came here to “live in luxury”, hoping they could get what they had in the States, but cheaper”. Shaking our heads: “you know it just isn’t so”. “We both know that Ecuador and Cuenca are nice, but it’s not North America”.

Many North Americans are moving to Cuenca thinking they are going to live in luxury for less than they can somewhere in the US…but unfortunately to have the luxury living that North Americans speak of in Cuenca means sky-high rental prices that are geared to the foreigners. BTW, the Ecuadorians who have been living in the northern country for 15 and 20 years and are moving back to Cuenca consider themselves gringos.

We regularly hear of people that embrace this “luxury living” idea, and find out that they’re overpaying on everything, all the way down to $15 for a $6 chicken. Do you think these people call their relatives back in the u.s. and say “yes, we’re doing great here in Ecuador, we are frequently seen as an ATM machine and we’re overpaying for everything”.

It’s mostly people from the larger metro areas that buy into this philosophy. In reality, if they would just branch out a bit from their large metro area, within the u.s. there are plenty of lower cost slower paced areas, such as in the Midwest and the South.

Not surprisingly there are many wonderful u.s. cities where home prices have not gotten too out of hand, or they have come down. See the real estate chapter in the updated DIY Cuenca Landing Guide to see what we’re talking about.

What? Did you really think you were going to swap a u.s. metro area for Cuenca Ecuador for less money? You can do that, but you’re not getting what you left behind.

To get the inside scoop on what’s happening in Cuenca Ecuador, save time and money and learn to live well see the DIY Cuenca Landing Guide.
Posted by Discover Cuenca Ecuador at Wednesday, June 05, 2013
Email ThisBlogThis!Share to TwitterShare to FacebookShare to Pinterest