Where Are the Taxi Meters? Taxi Fares from Mall Del Rio to Popular Cuenca Areas

Where are the Taxi Meters? A couple of months ago reports were the city of Cuenca was going to be putting meters in the taxis, however, we’re still waiting for this to transpire. You never truly know when something is actually going to happen until you see it with your own eyes.

In the mean time here are the fares from Mall Do Rio to very popular areas in Cuenca and to popular outlying cities and towns. Use this as a gauge when paying for your fares in and around Cuenca. And of course if you can get a better fare than what is listed, greaaaat! 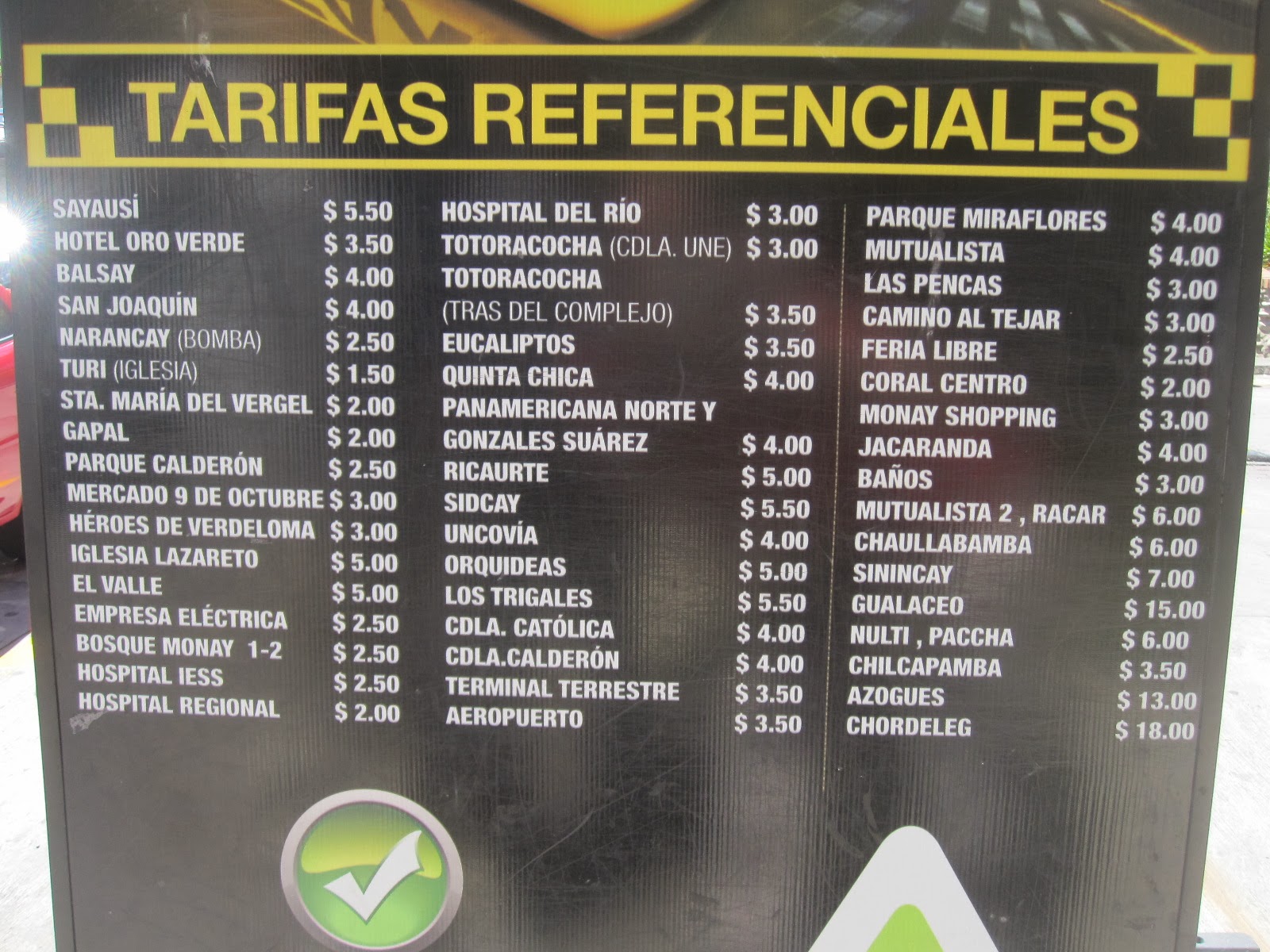 
BTW, always best to have exact change when paying for taxis. Expats have reported to us cab drivers like to say they do not have change for a $5 bill.
Posted by Discover Cuenca Ecuador at Thursday, February 20, 2014