Inquiring minds want to know if the food in the Cuenca Mercados are sprayed with pesticides.  We’ve been told by different Ecuadorian sources that algunos tienen pesticeides y otros no lo hacen, which translates to some are sprayed and some are not. Of course our next question is how can you tell which ones have been sprayed and which ones have not?

Every time we ask the vendor, “Is the food free of pesticides?" (Es la fruta libre de pesticidas?) They always shake their head emphatically and say, “Si, si”! And then later, we’re told it is sprayed with pesticides, but not with very much. What does all this really mean? How can we get a “real” answer about the healthfulness of the fruits and vegetables in the Mercados?

So is there some downplaying of the application of heavy pesticides use in Cuenca to appease the gringos?  The other side of that question would be: how heavy is the pesticide use?

There are some aspects about our personal health and of other expats health, such as a dramatic weight loss, eczema rash completely disappearing and better skin overall. Expats have remarked to us they were able to stop taking a high blood pressure prescription medicine while he and his wife were living on the coast of Ecuador. And, 99.9% of folks, even on a 3-month visit to Cuenca, lose (some) weight. Incredible as it may sound, it’s all true.

Some Are Sprayed and Some Aren’t

Unfortunately, there’s really no way of telling which fruits and vegetables the vendors are selling are actually pesticide free produce. However, we have been told by more than one source that the smaller farmers do not use pesticides, or they use them very sparingly because they can’t afford to buy the chemicals.  Our Ecuadorian neighbors told us that some of the smaller farmers will make their own bug sprays using garlic and hot pepper infusions. This makes sense.

So again what is the “real” answer? When we carefully deduce from what we are hearing from the locals then it appears if you buy from the smaller farmers you will get very close to having organically grown produce, if not totally organic.

And here’s another aspect we think you will find interesting that can also be included in the equation about how the food is grown in Ecuador, and could explain why we get the, “some use pesticides and some don’t” answer.

Ecuador Bans Highly Toxic Pesticides that
are STILL USED in the U.S!

Beautiful Ecuador and its constitution have established what is called food sovereignty. Read the whole article here. We have not heard anything to the contrary about this issue and believe that highly toxic pesticides are still banned in Ecuador today (December 2014).
Ever Wonder Why?

Ever wonder why you lost weight when you moved here? It is not just because of the higher elevation, although that is a small part of it since your body does work harder and burns more calories quicker.  It’s not just because you are walking more, although that is another aspect to weight loss; it is because you are eating hormone and antibiotic and pesticide free foods !!

When it comes to weight gain, those hormones in the meat is what’s causing a lot of the weight gain on people in the u.s. Those toxic hormones they inject in the beef cattle in the states causes BIG weight gain. If the hormones are used to beef up the steer, why then wouldn’t those who eat the hormone beef, gain weight too? Not to mention the hormones they give to the steer also mess with your emotions and mental outlook, but again, that’s another blog post.

For those of you that already live here, ever wonder why the chicken, eggs and dairy taste so good in Cuenca? And THE ice cream is absolutely scrumptious?  The meat and dairy tastes better here because it is free of chemicals. The beef taste strong like venison and takes a bit getting used to; ever wonder why that is? It’s because it is grass fed and free of hormones and antibiotics. It is what “real” beef is supposed to taste like.

Where to Buy Organic Produce
in Cuenca Ecuador

Cuenca boasts four farmer’s markets (that we know of) that sell organic produce and some meats. These stores are what would be referred to as “Farmer’s Markets in the u.s. The wonderful thing about the farmer’s markets in Cuenca is everyone can afford to buy and eat organically, and that is the way it should be everywhere in the world! 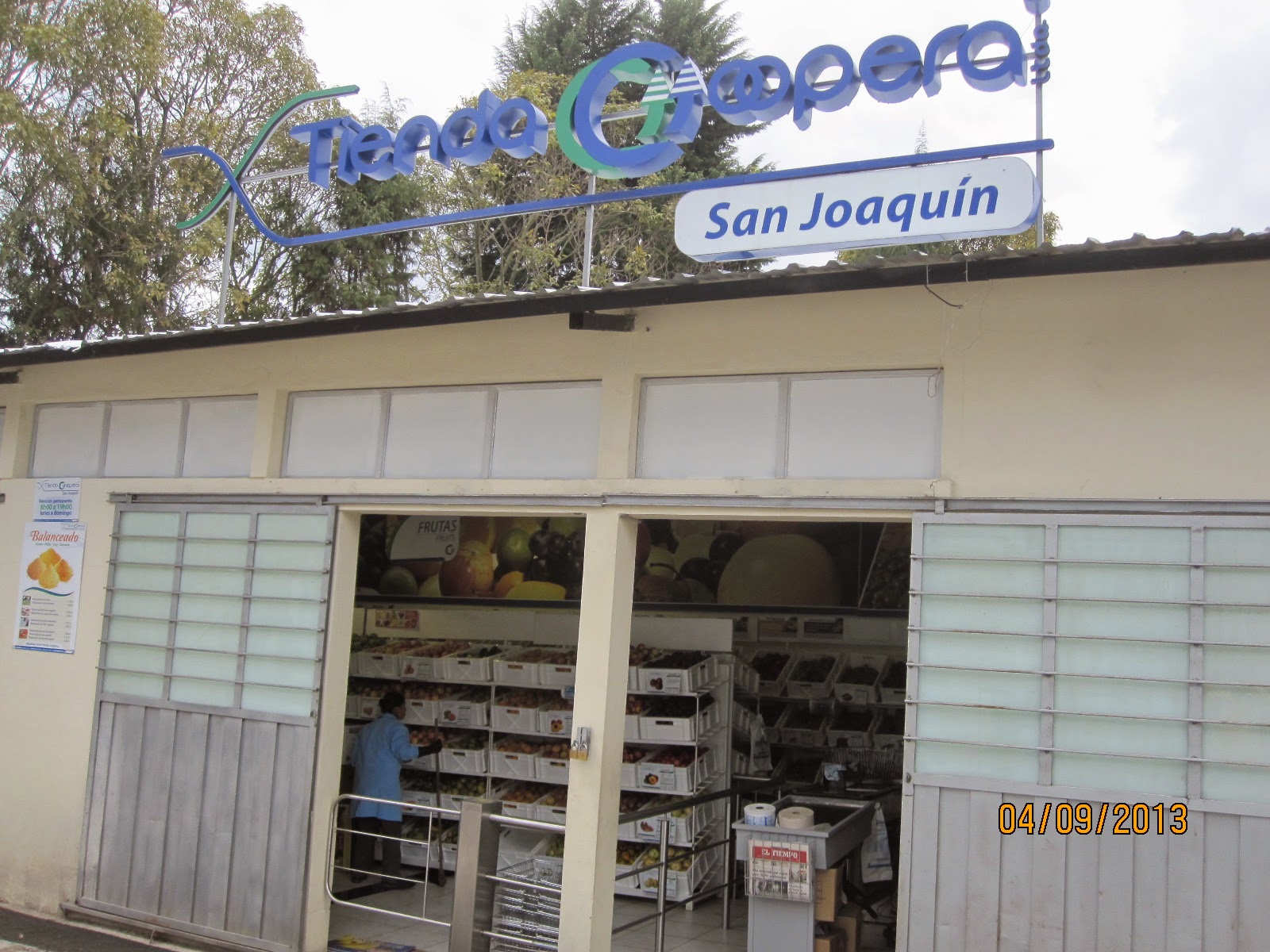 Take the Cajas Autopista highway off of Las Americas and drive about two miles. On the right side of the road you’ll see the thatched roof organic restaurant and right next door is the farmers market.

Frank and me eating at the organic restaurant.


2. Gran Sol Coopera Farmer’s Market (westside)
If you’re coming from Grand Columbia & Ordenez Lasso and Las Americas, head south on Las Americas one block and you’ll come to the overpass that goes over the Tomebamba River and that is where you turn right on Calle Ricardo Darquea.  Go about half a block and you’ll see the market on the left hand side.

3. Gran Sol Coopera Farmer’s Market in the Monay / Bosque Area. Market is located off Avenida 24 (ventecautro) de Mayo. Mercado is on the right hands side, 2 blocks behind Monay Mall. If you pass the bridge that goes over the Rio Paute you have gone to far.

4. Gran Sol Coopera Farmer’s Mareket  (near El Centro)
This market is located off of Gran Columbia a block or two east of Huayna Capac in the gas station. It is where Gran Columbia turns into Avenida Gonzales Suarez.

Saturday (only) Organic Market on the corner of Mexico Avenue & Las Americas; located where the carnival is every year in November. You’ll find local growers with their organic produce and honey for sell here early every Saturday morning.

Both Coral and Supermaxi sell some organic fruits and vegetables on any given day, it usually depends on what is in season at the time. You simply have to look at the labeling. We buy organic bananas from Coral from time to time and they do not cost that much more than at the Mercados.  We’ve been noticing much of the produce at the local grocery stores now have better prices than the Mercados! Figure that one out.


We recently bought 18 organic Dole Bananas for around a $1, from Coral Centro. Other items we see organic occasionally are basil, greens, sprouts, avocados, etc. Look on the labels when you shop and you'll find organic food. 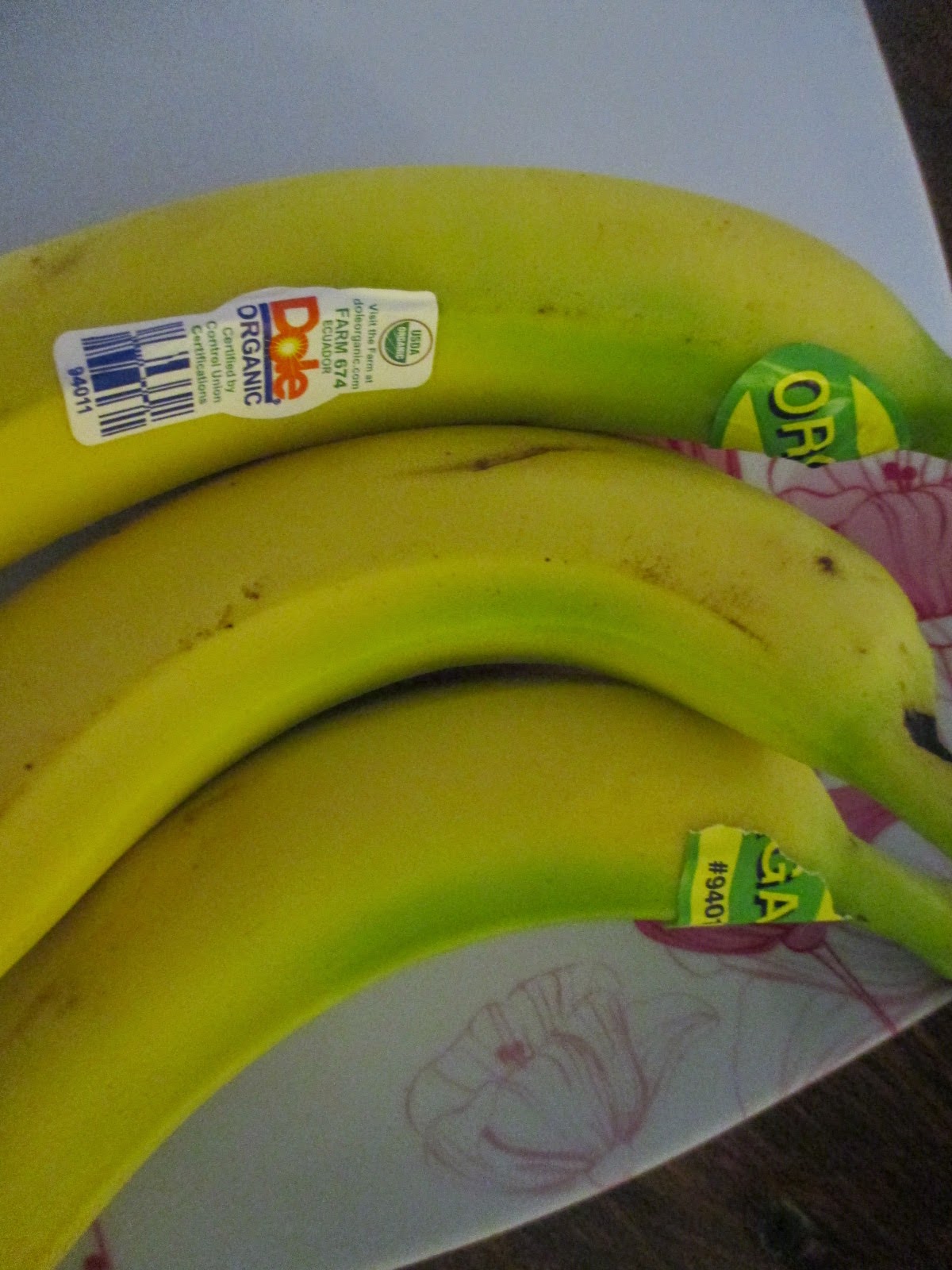 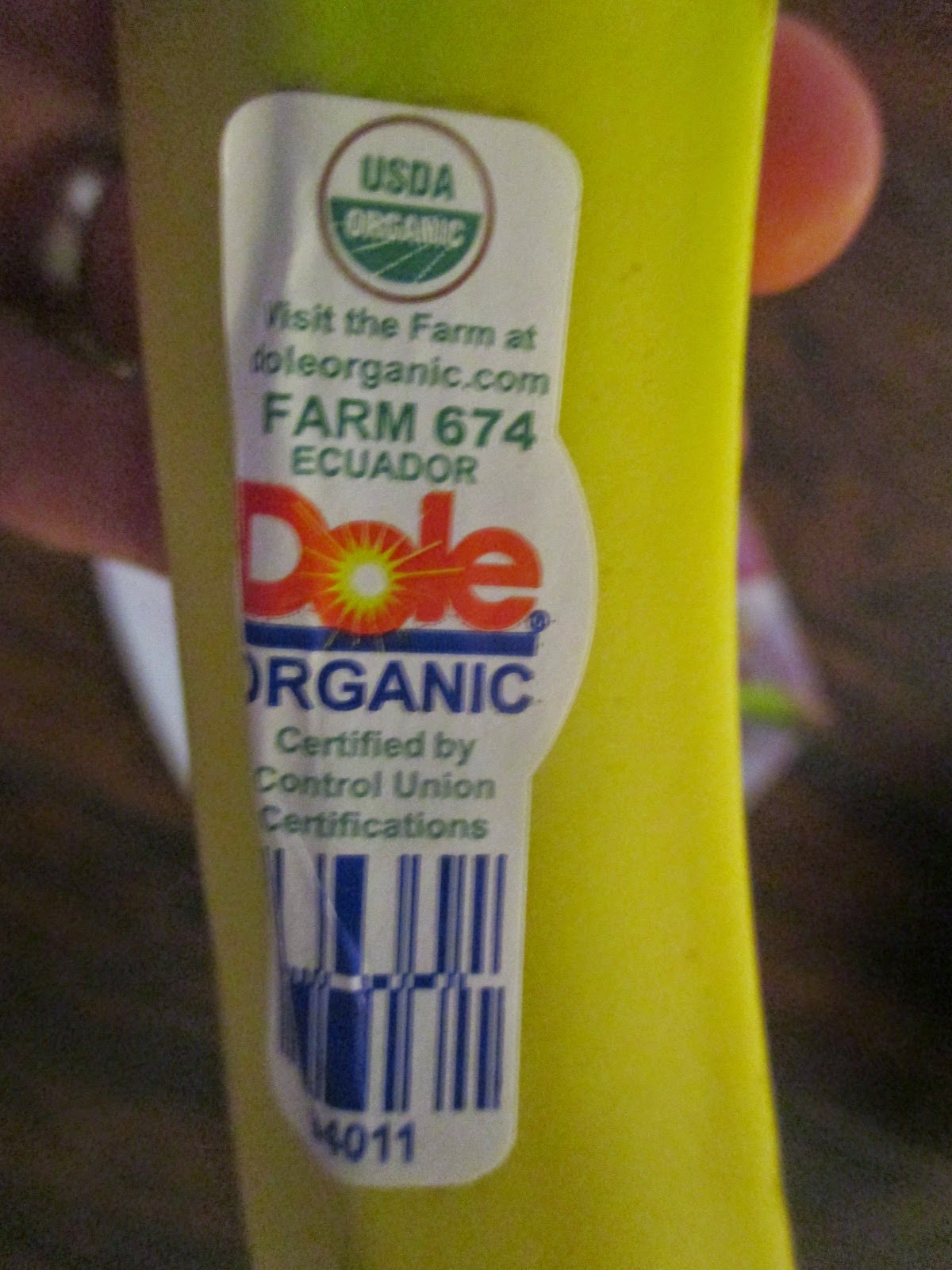 Our tastes buds have let us know this much: In Ecuador, meat and dairy is cleaner, fresher, and tastes much better than anywhere else we’ve ever been. And if we were to “every wonder why” the food tastes better in Ecuador we’d have to say it is because it is the real deal. No GMO, No hormones, no antibiotics, and no pesticides, or very little pesticides.

So the bottom line is whether or not the food is sprayed a little bit, or not sprayed at all, or sprayed with non-toxic chemicals, etc, it all comes down to this, the food in Cuenca, and Ecuador at least so far has definitely proven to be more acceptable to our bodies and we feel great, and for us that is what really matters; after all, living frugal, healthy, and happy, one day at a time is what our happy life is all about. So join us in our quest to be frugal, healthy and happy in Ecuador!