Fact or Fiction? "You Will Get Robbed on the Public Transportation in Quito Ecuador"! 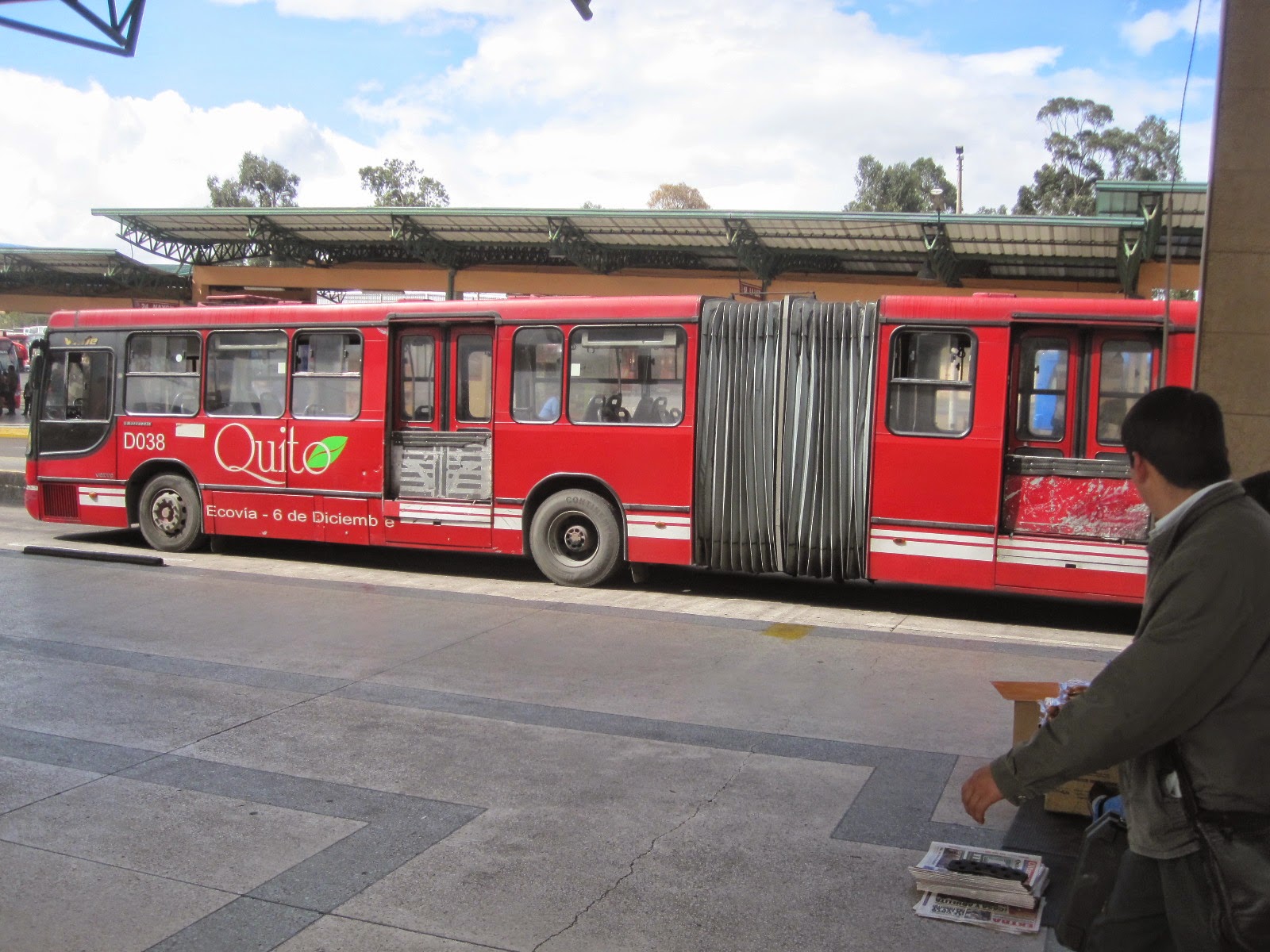 When doing research for a city to move abroad to, would you rather be swayed by fact or opinion?  Did you know that one of the best places to read about opinions is on forums and “living abroad”groups?  This is where you’ll find self promoting propaganda about any place in the world; and somewhere hiding among the opinions you may find some truth or pertinent piece of information on your lucky day.

Forums and groups are manipulated, abused and used by the masses and anyone can be anyone they want to be, and say anything they want to say on a forum. We’re not saying to quit reading expat forums, but be careful because there’s a lot of gobbledy-gook on them.

You have to remember when interacting with forums, most of the user comments are self promoted, opinionated, hyped up, or simply incorrect, as is the post above. There are far better ways to get information than to ask strangers lurking on forums that sometimes ridicule your inquiry, and almost always give out self induced, biased opinions and dribble. To go to such an extreme and say “YOU WILL GET ROBBED” sounds like fear mongering.

Extreme reports such as YOU WILL GET ROBBED on the trole or Ecovia is coming from someone who, 1) was lax on the bus, got robbed, and now thinks everyone will be robbed, or 2) wants to instill fear in gringos, and or, 3) is using his or her emotions to sway people to believe a certain way based on his or her agenda.

The FACTS: The Trolebus, Metrobus,and the Ecovia are safe to take when the rider takes the same precautions they would anywhere where there are crowds of people.  Example: if you do not take precautions on a crowded bus in Cuenca you will get robbed.  Does that mean everyone should quit taking the bus in Cuenca just because you might get robbed?

And what of the foreigners that get robbed in Quito when taking taxis?  What then? All foreigners should avoid taking the taxis in Quito?  How silly is that? Even though Frank and I ALWAYS take the Trole and the Ecovia when in Quito, and we have NEVER had any problems with being robbed, we are not saying you should ride the Trams exclusively, such as as at night.

Now dear readers, you know that Frank is a guy who takes precautions seriously, we write about it in all three of our DIY Ecuador Guides; in fact, Frank explains to people how he does not go out at night just to avoid crime. Now, do you really think that a guy who does not go out at night to avoid crime would ride on the trolebus and Ecovia all over the city of Quito if he thought he was going to get ROBBED every time he rode on it?

Do Not Make Yourself a Target
and You Will Not Get Robbed!

Both the trole and Ecovia have been so crowded before that we were squeezed in like sardines. Why have we not gotten robbed? Simple, we do not keep anything in our pants pockets when riding the trolley or Ecovia and we do wear our packs in the front. If there is nothing to take, how can you get robbed? They can stick their sly and skillful fingers in our pants pockets all they want, but they aren’t getting anything but a ball of yarn.

Seriously people, if you observe the local people like we do, which is a BIG part of BEING AWARE of your surroundings, you can see the hoodlums stare at your pants pockets looking for a wallet, bulges of cash, camera, cell phone, iPhone, etc. Have nothing in your pockets! Simple! Wear your pack on the front. Do not wear expensive rings and jewelry in Quito on the public transportation and when going to the Mercado's.

The chances of getting robbed in Quito are almost zilch when you follow all of the guidelines we recommend in the DIY Quito Landing Guide. We devote a whole 12 page chapter explaining what kind of crime you might experience when riding the public transportation, walking around on the streets, taking a taxi, and even just doing normal activities such as sightseeing tours in Quito, and what you NEED to do to stay safe. You know we are VERY detailed explaining our experiences and observations!

Here’s something to think about: Recently a woman got her purse robbed in Cuenca Mercado, Feria Libre. Now, please choose which answer best explains how we should respond to this robbery:

If you chose answer (B) then congratulations. If you chose (A) I would think you will have many disappointments integrating anywhere in South America.

Please read the forums with common sense and do not believe anything you read UNTIL it is backed up with fact. You will be doing yourself and everyone else a huge favor about their/your move or retirement to Ecuador!

Doesn’t it make more sense from a long term foreign living perspective to learn to live like the locals do instead of subjecting ourselves to unnecessary fear mongering? Here's a video of me and Frank taking the Ecovia in Quito; notice in the video what the local does. The part I want you to see starts at the 5 minute mark into the video, or enjoy the whole video about Quito.

NOTE: There are only a few types of people who should not ride the trolebus, Metrobus and or Ecovia of Quito; older folks who appear vulnerable looking, and or have trouble walking and holding onto their things, and young gringo children alone. Everyone else should do just fine on the trolebus by following common sense guidelines outlined in the Quito Landing Guide.

Although we live in Cuenca, we visit Quito whenever we get a chance! Enjoy the Quito Ecuador Blog!
Posted by Discover Cuenca Ecuador at Tuesday, January 06, 2015