Note: This article was first published on March 12, 2016. We like to keep our popular articles updated and this one has been updated August 2017. All new updates will be in red text.

If we were to go by this definition then both Spain and Portugal would be considered Latin America, however, since they are in the European nation we decided to keep them out of the list. Had we put them in the list, it would have pushed Ecuador out of the top ten, from number 8 to number 11. Below the video is the article with more details. 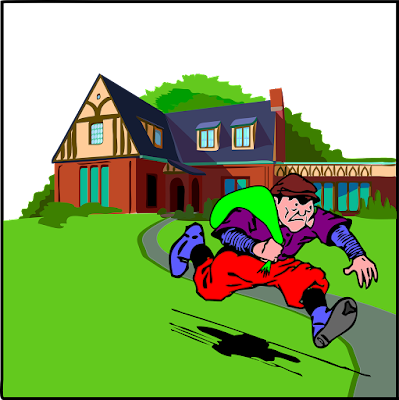 The index gauges ‘global peace’ using three broad themes: 1) the level of safety and security in society, (including crime rates), 2) the extent of domestic and international conflict and 3) the degree of militarization.

So how does the rest of Latin America measure up on the world Global Peace Index?   Let’s take a look. Btw, to see the entire list from safest to least safe, according to the Institute for Economics and Global Peace, click the source link below.

It looks like from the statistics above Costa Rica and Panama come out on top for the safest Central American countries but are they the best Latin American Country? Now that's a matter of personal opinion, don't you think?

Many folks are moving and traveling to Latin American countries right now and a popular destination is Ecuador. If you are moving to Ecuador to live in Ecuador permanently, you might want to know that with a large expat community comes more petty theft. Ecuador does not have a lot of violent crimes against foreigners but if you want to keep you valuables safe, stay on the lookout and have fun in Ecuador!

More than likely the safest cities in Latin America are going to have the smallest populations and for expat safety the smallest amount of expats. Petty crime rises where many expats live, which is what's happening in both Panama and Ecuador. So if you want to move to a safe Latin American city your best bet is to choose one that is not that large in population but still has amenities and services but that has a smaller expat population.

Loja, Ambato and Riobamba all fit that bill pretty well. But remember, living out in the country without any neighbors close by can be even more dangerous for foreigners, so you'll want to live inside or very close to a town or city.

Safety Is Up To You!

A lot of North Americans move to a Latin American country and don't realize they have to behave differently about crime and their personal safety than they did back home. Everyone has their own opinions on safest and best Latin American countries to live but quite honestly, even in the safest Latin country of Chile you have to watch yourself and behave certain ways so as not to become a target.

The cliche is old but gringos are "regarded as rich" and even if you are rich, why flaunt the fact. Be a good steward for yourself and for others around you. The worse thing that has ever happened to these undeveloped areas is foreigners moving in and changing the culture of how things are done and then that changes the whole darn landscape.

We just don't think it matters where you live in Latin America petty crime prevails and is some bigger cities so does violent crime. Don't become a victim by not becoming a target. We talk about how to not become a target of crime in any Latin American country here.

And now to give our readers something more to think about we share with you what the US State Travel website says about crime rates of US Citizens living in Latin American countries.

Murder Facts in Latin America and the Caribbean

Source – The Guardian International
Until next time, we leave you with a couple of related articles about crime and safety in Latin America.
We're an Expat Family of Five, Living Frugal, Healthy and Happy Abroad. We live in Cuenca, Ecuador and travel the Ecuador coast whenever we get a chance. We just adventured throughout the country of Panama for five weeks! Come along and enjoy some of our experiences with us!  Visit our exclusive videos!
Posted by Discover Cuenca Ecuador at Friday, August 11, 2017